Okay ya’ll so being Mexican and vegetarian is a struggle, I can’t imagine what it’s like for vegan Mexicans. This is all about me and my experiences, how I feel and the way my family has treated me. Please have an open mind and don’t act like I’m coming for you. All love here lol

Part of me thinks I’m being too harsh towards animals, but also towards people in my life. I’m currently visiting my grandparents for the first time in Mexico and I just sense that I’ll come off as a bich for not accepting their breakfast (usually contains eggs and dairy). So, that’s partly why I’m vegetarian and can’t go vegan now.

Today, my grandpa asked, “so you don’t eat ham? or chicken, how about turkey, that’s healthy!” I don’t get mad at all when people ask. I don’t get mad at my family either, I just think it’s funny. The times I do get annoyed is when a complete stranger wants to shove their beliefs and opinions down throats thinking their preaching will do anything. Anyways…

My family makes it hard to do what I want to do and eat what I want to eat, even see who I wanna see. I believe that’s how it is for many Mexican girls. Luckily, I didn’t grow up in a happy family with both parents. I’m lucky because I don’t have two people coming for me, it’s just my mom trying to judge me constantly lol

Why I don’t eat meat:

Mexicans really have a bad habit of looking at you with disappointment if they find out you’re a vegetarian. I remember getting these street tacos after work and everyone, even the customers would laugh hearing I only wanted a taco with cilantro and pineapple on it.

I got so embarrassed that I started to make my mom order them for me. There’s also many mexicans who claim meat as part of the Mexican culture which is ridiculous because many things that are traditionally mexican, are actually vegan! Sometimes you just add some meat and the dish tastes better, but you can do the same with soy meat and it tastes just as good.

Exhibit A: All the food at Quesadilla La Reina Del Sur!

“Well, what the heck do you eat then?”

As you can see, if I have easy access to it, I will eat only vegan foods.

A thought about meat lovers:

I’m starting to think meat eaters completely forget about the side dishes they have that help fill them up. I mean, you’re not gonna eat a whole plate of meat so stop asking vegetarians, “what do you even eat?”.

There’s obviously more than meat out there. Some Mexicans don’t even realize they are eating vegan food but when they do, they get grossed out and don’t want to eat it. I made my brothers vegan burgers once, and they just ate it and enjoyed it but once I told them it’s vegan, they were a bit disappointed.

Really though, whats more disgusting? Eating dead animals that were not hunted or killed properly by you, or eating some plants?

I’m lucky my dad has enough of an open mind to accept my vegetarian lifestyle. Who knows, he might only accept it because he’s had a stroke once and was told to lay off of red meat. I never heard of someone being told to lay off of fruits or vegetables.

An Ode to Mexican snacks 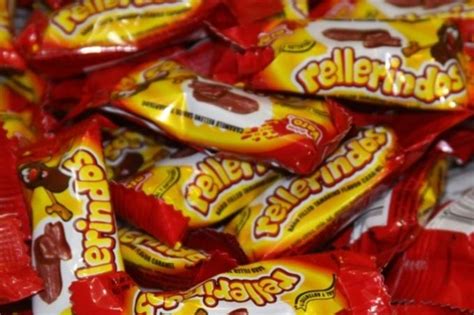 Ode to mexican snacks:
pulparindo, you taste so weird, but I can never not get one of you when I visit the corner store. My lil De la Rosa, why are you so small? Please, I need a bigger version of you! Sorry I’m not much of a poet.

There’s less than 2 vegetarians in every Mexican town

What sucks is that I can never find another mexican and talk about the vegetarian lifestyle. There’s probably like one other girl in my town and I found out by looking at google reviews lol

It’s not something to be mad about because it’s not our fault we can be so ignorant. The medias forced milk and meat down our throats for years, claiming  milk is good for your teeth and meat makes you strong! Tell me why my teeth are so weak and I’m only 23!

I tried looking up mexican vegan / vegetarian struggles and all I could find were memes like this:

Good luck! A vegan lifestyle would be perfect for people who live on their own, have their own money, want to lose weight, or who need a healthy change in their life.

One night, I was a little “weird” (a.k.a on edibles), and decided to go vegan with my husband Alexander. I know it can be very cheap to be vegan but I guess I was just doing it the wrong way. I wanted to keep buying vegan cheeses from Whole Foods, vegan meats, yogurts, instant meals etc, but whole foods isn’t the cheapest place to go.

I was Vegan for about a month and I felt the best physically and mentally. Your girl wasn’t as constipated as usual LOL. Even if you’re vegetarian you can still be unhealthy if you love cheese and eggs.

Other than not having enough money and having a growling stomach all the time, being vegan was an amazing experience. I hear growling stomachs is also a sign of it shrinking, but I really missed certain foods and would take the growling as me missing some of those snacks.

At the time, I really would miss pizza, Hot Cheetos and eggs. I think my plan is to go vegan but eat pizza from a place near my old apartment… there’s nothing else I would miss other than that and Cheetos lol

I really want to be vegan and I plan on doing so next year once I’m back in my country and live on my own again. There’s a lot of excuses I have for not being vegan and it’s not okay. It’s something I really want and need for my health since being off eggs and cheese really made me feel better and gave me less warning, tmi constipation and helped me poop better.

Being vegetarian has been a huge help on my health. I’m going on 10 years of being vegetarian and I don’t plan on eating meat ever again, I’ve been tempted many times, but I can’t go back to that unhealthy life. Also, I’m definitely allergic to meat now.

Why I CAN’T eat meat today:

Before I go, here’s some vegan links to click on: VMF.com | A really truthful but scary video, makes me want to turn vegan now lol | Souley Vegan I know this is in Cali, but Whole Foods carries their lasagna instant dish thing and another dish, tofu and mac and cheese dish…and … I could live off those.

candy pictures both from google


Disclaimer
Content on this blog is owned by Soyvirgo unless stated otherwise. Please contact me to delete photos that are yours!
Credits: rec, pixels.
Blog edited with ♡, created by KhalilThemes